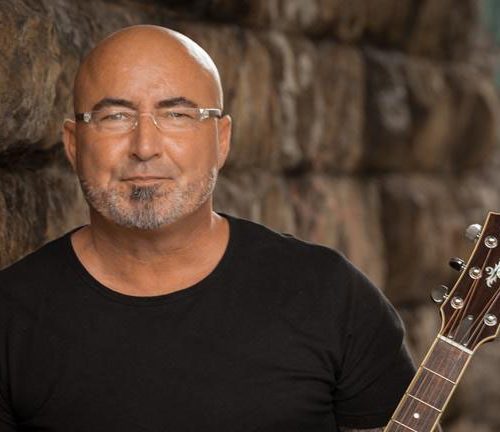 He originally started his music career as a drummer in the late 1970s and early 1980s, but switched to bass guitar soon after being influenced by watching his cousin Steve Garvey on bass guitar for UK punk outfit The Buzzcocks.d He is one of the co-founders of Aslan, and wrote many of their most popular songs including “She’s So Beautiful”, “Comfort Me”, “Jealous Little Thing”, “Sooner Or Later” and “Here Comes The Sun”. He also produced some of the band’s b-sides.

He is highly regarded by fellow musicians and critics as an outstanding bass player/acoustic & songwriter, with an unorthodox and unique playing style which ultimately gave Aslan’s music that distinctive sound. 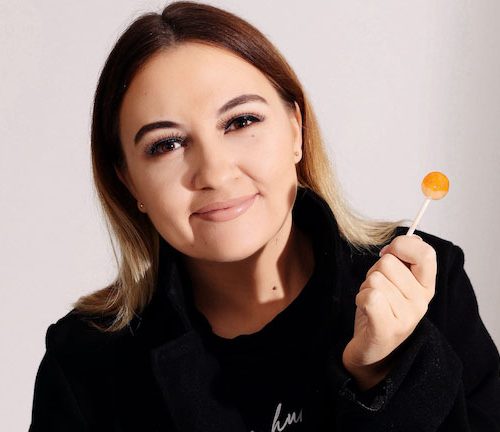 Enya is a well known Irish Comedian, Writer and Creator who has taken the internet by storm with her hilarious comedy sketches. She has also taken the stage at Ireland’s prestige ‘Vicar Street’ on a number of occasions performing to sell-out crowds.

Enya has a substantial fanbase on social media with just under 300,000 followers on Facebook, over 70,000 on Instagram and 22,000 on TikTok. Enya has certainly made her mark on social media with her sharp eye and quick whit of daily life in Ireland. Some of her videos raked up views of well over 2 million with combined video views exceeding 60 million. 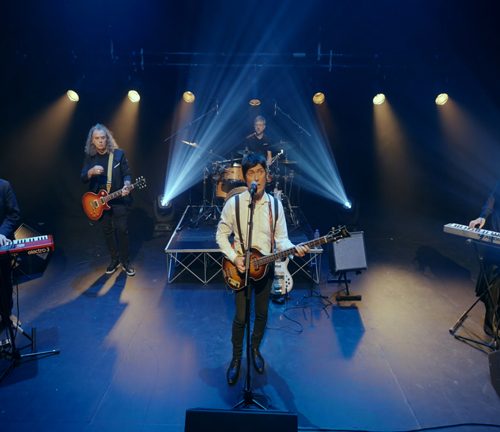 McCartney: All The Best: The Band

Fran King fronts this hit filled tribute show to the legendary Beatle Sir Paul McCartney. Having cut his teeth as Paul for over 25 years in the internationally recognized & celebrated band, “The Classic Beatles”, touring the world & playing every major venue throughout Ireland and internationally .

Fran was singled out for his vocal prowess and stage presence in countless reviews, and for his fastidious mannerisms of one of the biggest selling artists of all time Sir Paul McCartney and so it wasn’t very long before Fran King was noticed by the fifth Beatle himself, Sir George Martin.

Fran was honoured to work alongside the world’s most successful producer Sir George Martin for a number of shows at Dublin’s prestigious National Concert Hall before Sir George Martin’s retirement from live performances in 1999. Later on Fran went on to work with Giles (Sir Georges son & producer of The Beatles remasters) a year later. Yet again Fran was then re-united with Sir George for a performance at Dublin’s UCD University in 2004. Commenting on Fran’s vocal performance and attention to detail Sir George remarked “The vocal resemblance is uncanny!”

The progression to more theatre shows followed shortly thereafter, as Fran starred as Paul McCartney in the phenomenal smash theatre production “GET BACK : The story of The Beatles”. This show played every night of its run to sell out audiences in Dublin’s famous Olympia Theatre, before touring nationwide to ecstatic acclaim.

At Sir George Martin’s invitation and recommendation a private performance for HRH QUEEN ELIZABETH II only served to add another international endorsement and a glowing  testament of Fran King’s talents. The bands jaw dropping hit – laden catalog is delivered with a fastidious authenticity, and the breezy aplomb synonymous with Sir Paul.

There is something for everyone in this show laden with a set of energetic big hit songs, peppered with some of the most beautiful ballads and love songs ever committed to record. The band is pure talent ,comprised of some of Ireland’s and U.K.’s finest seasoned musicians, whose attention to detail is paramount to this exceptional body of work.    A splendid musical time is always guaranteed for all. 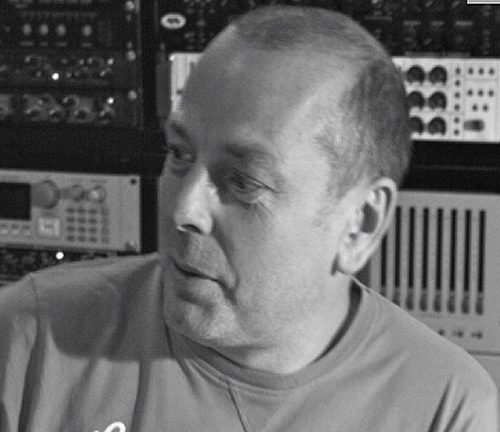 Ray’s career began in the early 90’s where he started in the music Industry playing synths for a Dublin based band. Being introduced to technology at this early stage of his career made the transformation to the recording side a lot easier. He quickly fell in love with the recording process and began his trade as an engineer which in turn quickly led to producing.

Since then he has had the enjoyment of working with some well known artists and labels, some of whom have reached worldwide acclaim. 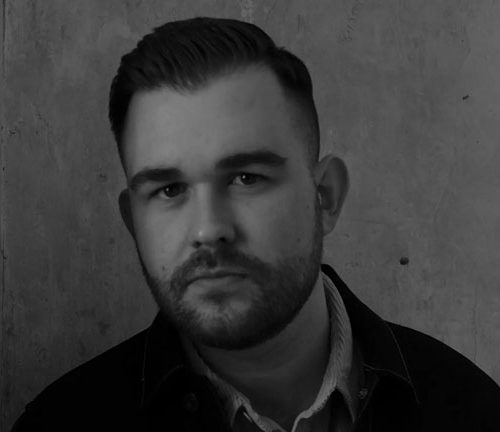 “Follow your heart and start as you mean to go on “…the wise words spoken by Johnny Flynn, Iann’s Grandad. This inspired Iann in 2017 to give up his safe full time job and take the plunge in to becoming a full time musician.

Now in 2019 Iann’s album “Start As You Mean to Go on” has been released. The
launch night, which had sold out, took place in Dublin’s Cobblestone music venue on Saturday May 11th .

The album is made up of Iann’s original work which is an eclectic mix of heartfelt, melodic and anthemic songs. “Start As You Mean to Go On” was recorded and produced over a period of 18 months by producer Ray Traynor.
Along the way Iann contacted former Aslan songwriter/bass player Tony McGuiness, who also wrote a hit song for The Script, and when Tony heard Iann’s tracks, he agreed to play on the album bringing some magical, grooving bass lines.
At the final stage of making the album, Iann was fortunate and very appreciative to get U2’s renowned album designer Steve Averill to design Iann Brennan’s album cover, logo and artwork.

Iann has performed throughout Ireland in many iconic rock venues and theatres including Dublin’s Vicar Street and Cork’s Opera House. 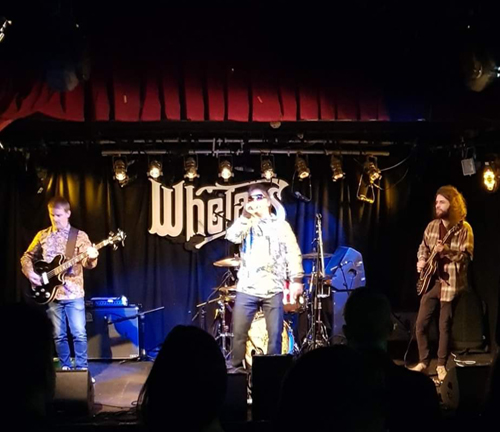 Made Of Stone are Ireland’s top The Stone Roses tribute band. Playing the music of the iconic Manchester indie band that inspired a generation. Bringing the music of The Stone Roses to venues all over Ireland for an energetic 100-minute tribute to one of the world’s most loved bands.
Fast becoming a favourite on the Irish tribute scene, Made Of Stone are available for hire at events and venues nationwide. Made from experienced professional musicians who are lifelong fans, this an act not to miss. 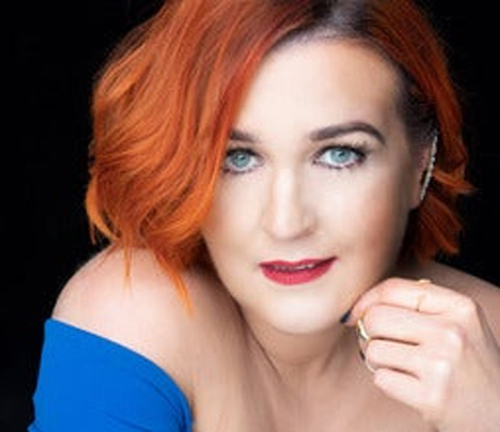 Sorcha Furlong ( Orla character in Fair City ) ,following a 15 year hiatus, is going back to singing with her brand new Forever Hits band at Dublin’s Liberty Hall theatre on Saturday 24th September .
A high energy show with a full band, plus string and brass sections . Sorcha will perform hit after hit songs through the decades . Guaranteed to have the audience moving and grooving.
Sorcha has been gigging since she was 19 , started off as a backing singer eventually progressing to  performing as a main singer. She has performed in the National Concert hall ,as well as many music residencies throughout Dublin. She also performed in the Boogie Nights band, plus many Abba tribute bands and sang in musicals and pantomime in the Gaiety, The Tivoli and other theatres.
Sorcha was also a regular panelist on RTE’s The Lyrics Board.
Due to work and family commitments ,15 years ago Sorcha gave up performing live . So now in 2022 she is ready to rock n roll again .
Sorcha and her Forever Hits band are available to book for all types of events and functions . Please email info@arenalynx.ie